The North-West Europe Interreg project ReNu2Farm has a track record in demonstrating the value of phosphorus sources from recycling derived materials for the cultivation of crops and for grasslands. The current emphasis of ReNu2Farm is to highlight the potential for these recycling derived fertilizers in the horticulture sector. Struvites are secondary minerals that are recovered from waste-water plants and contain high amounts of phosphorus (≈15%), Magnesium (≈10%) and some Nitrogen (≈5%). At the University of Limerick, the use of struvites has been tested to cultivate lettuce. Struvites have been shown to be more effective as a phosphorus source than superphosphate in grasslands and the current experiments suggest that struvites are also a viable alternative to synthetic phosphorus fertilizer in horticulture.

In this project, struvite from two different waste-water plants (one domestic, one industrial, Fig. 1) was evaluated by comparing its effects on lettuce dry weights to plants cultivated without phosphorus fertilizer, with potassium phosphate as synthetic phosphorus source, and with a commercial superphosphate. All plants received a full complement of nitrogen, potassium and magnesium according to agricultural practice. After six weeks of cultivation, It was found that both struvites were more efficient on increasing the dry weights of lettuce than potassium phosphate, but did not quite achieve the level of growth obtained with superphosphate (see Fig. 2 for lettuce plants cultivated with struvite). Similar results were found for Morgan’s extractable P as well as alkaline phosphatase activity in the potted soils at the end of the experiments. Acid phosphatase activity however was highest among the two struvite fertilizers. Statistical analysis identified significant differences in lettuce growth (dry weight) between the phosphorus free fertilizer treatment and all phosphorus fertilizer treatments (potassium-phosphate, struvites, superphosphate). No significant differences were found between the four phosphorus fertilizer treatments.

To conclude, this project suggests that struvites harvested from domestic and industrial waste-water plants are a viable alternative to the synthetic phosphorus fertilizers mined in regions outside Europe like Russia, China, Morocco or the Saharan desert. The use of struvites in commercial horticultural production will engage a circular economy. This is a welcomed development as the latest EU fertilizer regulation coming into force on the 16th of July 2022 will harmonise the EU fertilizer market (Regulation (EU) 2019/1009*) and enable recycling derived fertilizer producers to market their produce as fertilizer across the EU for the first time. 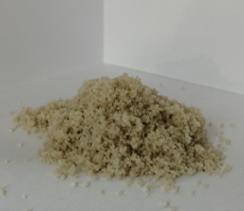 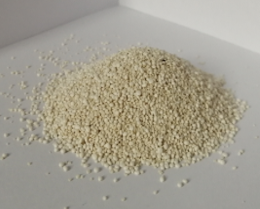 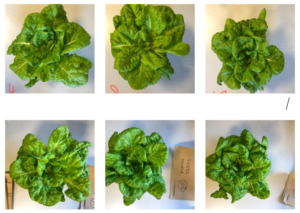 Fig.2 Growth of lettuce with struvite as sole source of phosphorus within 6 weeks