After mowing, the grass clippings are separated into a fiber fraction and a grass juice fraction. The fiber fraction is dried and cut in to suitable pieces that can be mixed with a biobased resin to produce a biocomposite. Both nature organisations and provinces showed interest in making a (nature) path from this biocomposite that can be used in swampy (nature) areas. This biocomposite nature path could replace the current nature paths made from tropical hardwood or oak. Advantages of a biocomposite nature path are a possible lower environmental impact, a longer lifetime and the useful use of a residual stream. During the last year, the research group Biobased Building of Avans has been working on the design, development and testing of the beams for the biocomposite nature path. This resulted in a beam that is currently produced at Avans. In spring a nature path is expected to be created from these beams. First at Avans and later for ProNatura and the Province of West-Flanders in Belgium. The nature path will be monitored during the mounting process, and in the coming years to look at the effect of different weather conditions on the quality of the biocomposite beams. 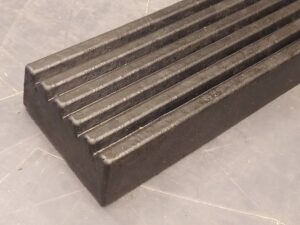 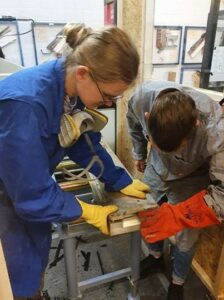 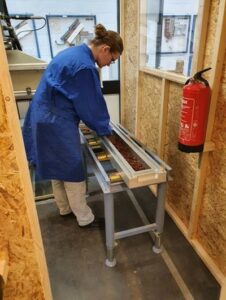 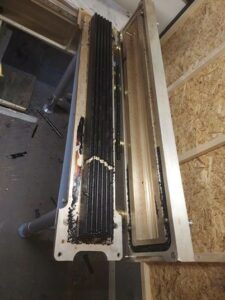