Until April 2015, when the quota regime was still in place, dairy farms used to expand their production by acquiring milk quota volumes released by those ceasing the activity. In the 2nd half of the 2000s, a lifting of the quota regime led to a grow up of European milk production. This production grew up from a few 150 million tonnes at the beginning of the 2000s  to around 170 million tonnes (160 MT delivered to dairies).

Even if the lifting of the quotas aimed at being progressive, the outing of this administered volume control regime saw two major dairy crisis in 2009 and in 2016 which speed up the cessation of activity of many dairy farmers because of economic difficulties and bankruptcies. For others, the upholding of dairy activity went through a more or less radical overhaul of the farm management in order to move away from a strategy of cost-competitiveness in which they didn’t gain economic success and also philosophical satisfaction anymore.

In parallel of those internal crisis in the dairy sector, societal views toward livestock farming also changed, and new questions have been raised. New societal expectations emerged in terms of management and preservation of resources (water, environment, biodiversity, green house gases…) but also of origin of animal feeding (non-GMO, country of origin in conjunction with deforestation issues…) or animal well-being. In some cases, those issues can be accompanied by a willing to pay higher prices for what is considered as better agricultural practices. For farmers who pay attention to those social changes, those expectations must not be considered only as a no-confidence in livestock pratices, but it can be considered as opportunities to create added-value in a new way. Adoption of new practices in order to create added value and answer those question is what we hear by differentiation on dairy farms. 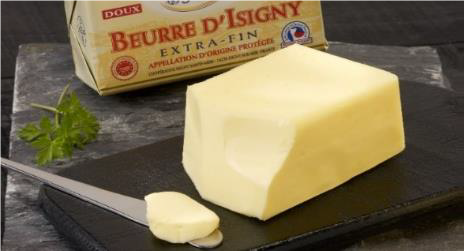 Dairy4Future is interested in actions led by different farmers in 10 regions of the Atlantic area region that integrate the idea of differentiation strategy. Being carried out only on one farm, in a small collective of few farms or even in much bigger organizations of hundred or thousands of farms, those actions have in common the implementation of specific practices and the search of added value relying on those practices that go beyond standards and for which consumers can accept to pay more.
Dairy farmers from different horizons are looking for new strategies of competitiveness, out of the model of cost competitiveness. And it implies more or less radical changes on their farm.

Among the 10 case-studies, several of them are characterized by the re-appropriation of the processing and trading stages of the milk produced on the farm.

Link to the case studies : https://dairy4future.eu/case-study/